Elyria Canyon is located on the southwestern slopes of Mount Washington. 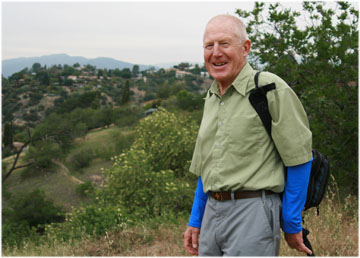 Elyria Canyon Park is a 35-acre nature park that provides a glimpse into the native habitat that once thrived in the hills near downtown Los Angeles.
In the 19th Century is was used for sheep and cattle-raising,  now a days it’s the well hidden treasure for locals from Cypress Park and Mount Washington to hike and picnic.
Hiking the peaceful trails it’s

hard to believe it is situated only 3 Miles North of downtown !
There are about two miles of trails that meander to and through Elyria Canyon Park, which is administered by the Mountains Conservancy Foundation.
The Mt. Washington Association aided by the funds and tactical skills of the Santa Monica Mountains Conservancy saved the canyon land from a 180-unit condo.
A network of trails meanders through coastal sage scrub, chaparral, grassland and purple needle grass (once bountiful in Southern California).
The park boasts one of the finest examples of California black walnut woodland in Southern California, the height and girth of the walnut trees, along with the tree-sized stature of toyon and blue elderberry bushes; suggest the canyon has not burned in several decades.
The trails lead to views that take in Glendale, the Los Angeles River, Griffith Observatory, and the city.
As I am frankly more concerned with counting sheep that grazing them, our hikes are less about sitting and watching my flock, than herding them up hill and down, (more akin to a cattle drive), in an attempt

to ensure a good nights kip, only then does mummy get some peace to sit and ponder!
Directions:
The main entrance to the park is located off Wollam Street in Glassell Park.
Exit off the 2 (Glendale) Freeway at San Fernando Road (just north of Interstate 5 and State 2 interchange).
Travel east on San Fernando Road to Division Street, turn left.
Go to Wollam Street, turn right and continue 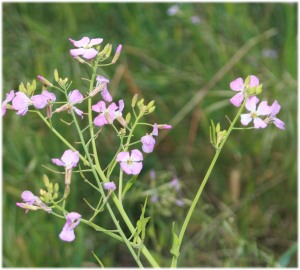 to the end of the street and park in the dirt lot.
Trailhead signs are posted.
Alternatively you can start at the top of the trail, reached from Elyria Canyon Ave, directly opposite the Self Realization Center, on San Raphael

I'm a freckly red head, originally from London now living in LA with 2 pale children. Frankly with our coloring we have no business being such an outdoorsy family and living in southern California. I grew up in a time when factor 8 sun milk was considered the best protection available to combat the hot rays of a holiday in southern Spain, that lead to 3rd degree burns and the rest of the vacation spent in the shade of our apartment. As a family we love to be outside, going to the beach, camping, swimming & hiking. We can't completely avoid the sun (nor should we) but taking sensible measures to avoid unnecessary UV damage is a priority. How do we do that? By staying in the shade in the middle of the day, wearing sun protective clothing (that's why I created Sunny Sleevez), a broad brimmed hat, UV rated sunglasses, using chemical-free broad spectrum sun screen on exposed areas & eating a healthy diet with as few chemicals as possible & lots of antioxidants.
View all posts by sunnysleevez →
This entry was posted in Heavenly Hikes and tagged Cypress park, Elyria Canyon, Glassel Park, hiking, hiking california, hiking LA, hiking Los Angeles, los angeles, melanoma, Mount Washington, santa monica mountains conservancy, skin cancer, sun block, sun protection, sun protection sleeve, sun sleeves, sunny beadz, sunny sleevez, sunny sleevz, uv clothing, uva, uvb, walking in LA. Bookmark the permalink.