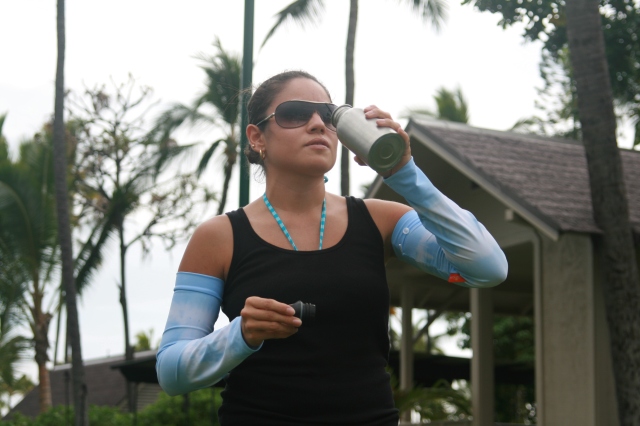 A couple of years ago I started running with the Couch to 5K program which helps people start running 3-5k regularly.  I found it to be quite transforming. I have never been much of a runner, despite the fact that I’m physically active and enjoy swimming, hiking, dance and weights. Running just never spoke to me.

The Couch to 5K program was a revelation, starting with interval runs to help build endurance.  The first week you do eight 60 second runs, and in between you have 90 seconds of walking, it’s quit regulated.  I downloaded some podcasts which made sure my music was the right BPM. The announcements would tell me when to run and when to walk. There are also a number of apps you can download ( free – $2.99) that will track everything from distance to speed to calories burned.

To be perfectly honest, the first day of my first ever run since middle school, I was 50 seconds into my first run and I couldn’t quite decide if I was going to throw up or pass out but as I only had 10 more seconds, I thought “if I can survive 2 simultaneously whining kids I can get through  10 more seconds of running!” and by the time I had finished the thought it was time to walk again!

Over the course of Week 2, it became a lot easier. I didn’t always move up from week to week and sometimes I stayed a little longer on a week when I felt I wasn’t ready to move up. At Week 5 I became stuck, life took over and I got a little lazy.

My New Year’s resolution for 2013 is to complete all  9 weeks of the Couch to 5K. One of the changes I made to run in the morning rather than at night as I did previously. I find I don’t put it off because the weather is much cooler at 8:15 am in California. I’m on Week 2 and will probably stay for a second week before moving on to week three.

What new years resolutions did you make have you stuck with them so far?

I'm a freckly red head, originally from London now living in LA with 2 pale children. Frankly with our coloring we have no business being such an outdoorsy family and living in southern California. I grew up in a time when factor 8 sun milk was considered the best protection available to combat the hot rays of a holiday in southern Spain, that lead to 3rd degree burns and the rest of the vacation spent in the shade of our apartment. As a family we love to be outside, going to the beach, camping, swimming & hiking. We can't completely avoid the sun (nor should we) but taking sensible measures to avoid unnecessary UV damage is a priority. How do we do that? By staying in the shade in the middle of the day, wearing sun protective clothing (that's why I created Sunny Sleevez), a broad brimmed hat, UV rated sunglasses, using chemical-free broad spectrum sun screen on exposed areas & eating a healthy diet with as few chemicals as possible & lots of antioxidants.
View all posts by sunnysleevez →
This entry was posted in Health, Running, Sports and tagged 3k Run, 5k Run, Couch to 5k Program, Endurance, Healthy, New Year’s Resolution, running, Training, walking. Bookmark the permalink.