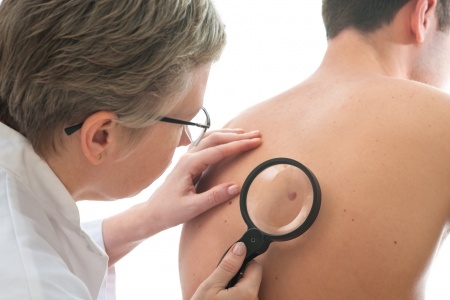 Some of my worst sunburns were as a child at home in the UK. We were so happy to finally see the sun we’d bare all in a desperate attempt to develop the elusive tan which never happen I just ended up scorched!

Here in the UK we have a love hate relationship with the weather but finally it seems that the sun is putting its hat on and making an appearance. After months of rain, sleet, hail, snow and freezing temperatures spring is making it long awaited entrance. The days are longer and filled (mostly) with sun shine and the temperatures are soaring into double figures, a cause for much celebration.

So too has the rather more serious news that skin cancer is nearly as prevalent as all other types of cancers put together. The news, published in the Independent, states that the actual statistics relating to basal cell carcinomas (BCC) – the most common form of skin cancer – are far worse than official statistics released by the government.

The article published some shocking statistics. 200,000 operations occur each year and we have seen an 80% increase of this…

I'm a freckly red head, originally from London now living in LA with 2 pale children. Frankly with our coloring we have no business being such an outdoorsy family and living in southern California. I grew up in a time when factor 8 sun milk was considered the best protection available to combat the hot rays of a holiday in southern Spain, that lead to 3rd degree burns and the rest of the vacation spent in the shade of our apartment. As a family we love to be outside, going to the beach, camping, swimming & hiking. We can't completely avoid the sun (nor should we) but taking sensible measures to avoid unnecessary UV damage is a priority. How do we do that? By staying in the shade in the middle of the day, wearing sun protective clothing (that's why I created Sunny Sleevez), a broad brimmed hat, UV rated sunglasses, using chemical-free broad spectrum sun screen on exposed areas & eating a healthy diet with as few chemicals as possible & lots of antioxidants.
View all posts by sunnysleevez →
This entry was posted in Skin, Sun Safe Info and tagged melanoma skin, skin cancer, skin type. Bookmark the permalink.