Travel With Kids – How To Make Packing Easy, Fun And Not leave Anything Behind 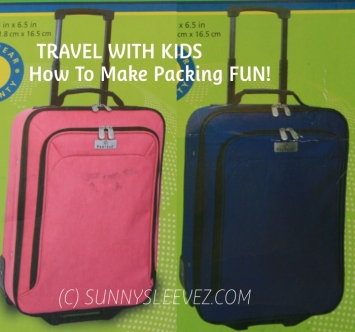 One of the most challenging aspects of traveling with the kids is gathering everything we need and packing it in such a way that makes sense for everyone.  Typically we would tackle this task by desperately trying to remember all the items everyone would need and shoving it all into one large suitcase, I’ll tell you now this isn’t very effective! With two little ones running around and throwing random items in while I tried to get some sort of order in my packing it was quiet the challenge.

Now that our children are 9 and 5 years old we decided to make a big change in the way our family ran as a unit.  The first step was to invest in new rolling suitcases for each child in colors they chose so they could have and be responsible for their own cases.  This was helpful because each child had their own cloths and toiletries and didn’t have to search through a big suitcase just to get to a certain items they may have needed.

The second step was to make a master list.  I spent a couple of days creating and refining it until I was satisfied that each child and I would have everything we needed and unnecessary items would be left behind.  Once the list was made, I simply duplicated it and gave each of my children a copy.  The older one read to the younger and they both crossed items off as went. They did a great job following down the list, treating it like a scavenger hunt they actually though packing was GREAT FUN!

I made sure to include specifics for the items such as dark colors for pants/shorts as they won’t show the dirt so readily, sweat shirt with hood and pockets etc.

The packing was a huge success as they had both chosen the clothes they brought so there was considerably less grumbling. Being responsible for their own suitcases meant they didn’t wander off in the airport; we saved time and money not checking luggage and neither of us has sore back from lugging 1 huge case.

An unexpected bonus to our system came when we heard the terrifying sound of the tsunami sirens going off one night toward the end of our trip to Hawaii last year. Not knowing if we would be able to return once we evacuated, we decided the best course of action was to pack and take everything with us.  We had been told the tsunami wasn’t expected to hit the other side of the island for 2 hours so did have plenty of time but as it was already dark and we had never been in such a situation we certainly wanted to on high ground as soon as possible.

Because everyone had their own suitcase the 4 of us packed everything we had brought and accumulated over 12 days and were in the car heading to the evacuation point within just 20 minutes!

It was a great system and I’m glad I implemented these changes because we were able to leave quickly and didn’t leave anything behind!

What are your tips for making traveling with kids easier? 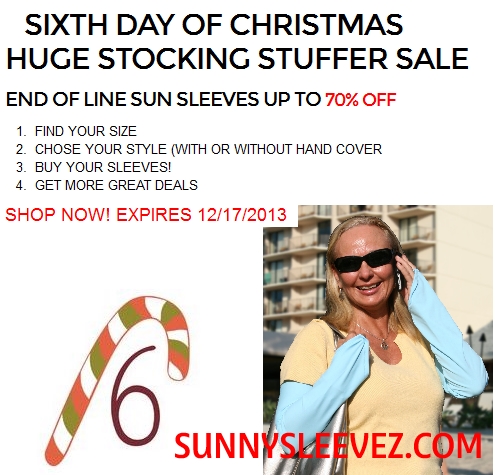 I'm a freckly red head, originally from London now living in LA with 2 pale children. Frankly with our coloring we have no business being such an outdoorsy family and living in southern California. I grew up in a time when factor 8 sun milk was considered the best protection available to combat the hot rays of a holiday in southern Spain, that lead to 3rd degree burns and the rest of the vacation spent in the shade of our apartment. As a family we love to be outside, going to the beach, camping, swimming & hiking. We can't completely avoid the sun (nor should we) but taking sensible measures to avoid unnecessary UV damage is a priority. How do we do that? By staying in the shade in the middle of the day, wearing sun protective clothing (that's why I created Sunny Sleevez), a broad brimmed hat, UV rated sunglasses, using chemical-free broad spectrum sun screen on exposed areas & eating a healthy diet with as few chemicals as possible & lots of antioxidants.
View all posts by sunnysleevez →
This entry was posted in Out and About with Family, Travel, Winter Travel and tagged big island Hawaii, case, evacuation, Hawaii, packing, packing for kids, packing light, suitcase, travel, Travel with kids, traveler, tsunami. Bookmark the permalink.

8 Responses to Travel With Kids – How To Make Packing Easy, Fun And Not leave Anything Behind