Posted on September 25, 2013 by sunnysleevez 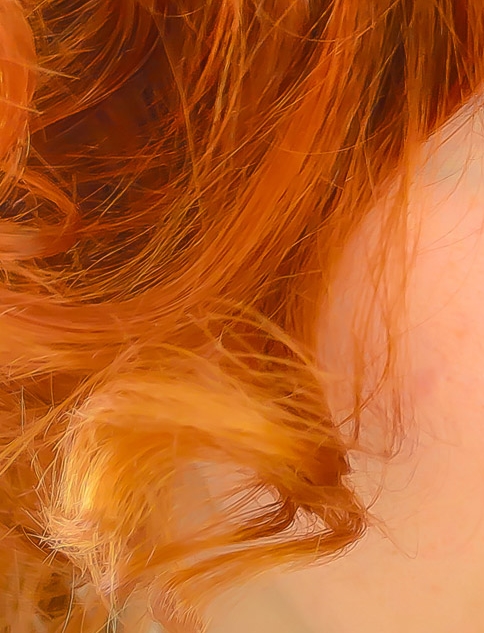 We are often spotted on holiday cowering underneath paddling-pool sized sun hats having turned ourselves Marcelle Marceau white under layers of suncream.

But we flame haired folks can trace our  heritage back to the first intrepid explorers that traveled  from Africa to northern Europe.

It is now believed that the mutation that caused V60L allele otherwise known as the ‘ginger gene’, occurred around 50,000 years ago.

We gained our distinctive colouring as our skin lightened leaving behind only fragments of UV protective melaninand a freckled epidermis allowing us  to get more vitamin D from infrequent and weaker sunlight.

However, it has also increased our risk of melanomas – the deadliest form of skin cancer.

The mutation remains common across Europe, even in those with no outward signs.

For ‘rufosity’ to occur in an offspring, the gene needs to be carried by both parents as it is a recessive gene.

Researchers made the discovery while examining the evolutionary processes of particular genes of 1,000 people from Spain.

Study author Dr Saioa Lopez said: “As a consequence of depigmentation there has been a collateral damage consequence to health.

‘This can be reconciled if we assume that melanoma is typically a post-reproductive disease, and consequently should have little effect on the individual’s genetic contribution to the next generation.’

The study was published in the journal Molecular Biology and Evolution.

My childhood was regularly punctuated with taunts of “Oy – carrot top, ginger nut, Duracell”, “who wants a ginger biscuit?”, “can I join the dots on your freckles?”and the like. If only I’d had access to this research, how different my awkward teen years might have been, feeling so persecuted for the genetic curse of flame red hair and freckles.

Surely I could have quipped back “Yeah what of it? I’m not only more evolved than you, but I also have developed a superpower, with my sporadic arrangement of melanin, I am able to absorb vitamin D up to 10 times faster than you my swarthy brunette tormentor!”

OK maybe not, I’m also oppressed by gravity and at a gargantuan and 5 foot 1 it’s probably a good thing that instead I stuck with the time tested advice for dealing with bullies and “ignored them,” aided by my Walkman and a large hat!

I'm a freckly red head, originally from London now living in LA with 2 pale children. Frankly with our coloring we have no business being such an outdoorsy family and living in southern California. I grew up in a time when factor 8 sun milk was considered the best protection available to combat the hot rays of a holiday in southern Spain, that lead to 3rd degree burns and the rest of the vacation spent in the shade of our apartment. As a family we love to be outside, going to the beach, camping, swimming & hiking. We can't completely avoid the sun (nor should we) but taking sensible measures to avoid unnecessary UV damage is a priority. How do we do that? By staying in the shade in the middle of the day, wearing sun protective clothing (that's why I created Sunny Sleevez), a broad brimmed hat, UV rated sunglasses, using chemical-free broad spectrum sun screen on exposed areas & eating a healthy diet with as few chemicals as possible & lots of antioxidants.
View all posts by sunnysleevez →
This entry was posted in Health, Skin, Sun Safe Info, Uncategorized and tagged Auburn, beach, freckle, freckles, Ginger gene, ginger hair, melanin, melanoma, pale skin, parasol, red hair, redhead gene, skin cancer, sun cream, Sun hat, sunburn, suntan, UV, V60L allele, vitamin d. Bookmark the permalink.